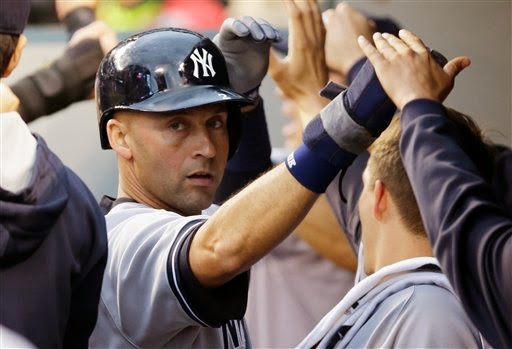 - Ellsbury: 1-3, 1 HR, 2 R, 2 RBI, 1 BB, 3 LOB.  4th home run of the season, on base multiple times again, and made an outstanding running catch at the wall to rob Cano of a double.  He did leave the game late with hip tightness, but Joe said it's nothing and that he will play tonight.

- Yangervis Solarte: 0-4, 2 K, 3 LOB.  I suppose it's not the worst thing in the world that his importance has been minimized recently.

Yanks stay on the West Coast for a 3-game weekend series in Oakland.  David Phelps and Sonny Gray are the scheduled starters for tonight's series opener.
Posted by Unknown at 6:51 AM