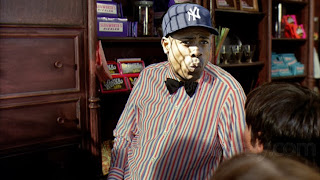 
The truth is that Curtis isn't a part of the Yankees' plans.  He's exactly what Cash said he isn't, a backup plan.  For whatever reason, be it the strikeouts, the lack of a defined outfield position, or the fears of his power declining soon, the Yankees don't value C-Grand as much as they do Beltran and Choo and that's fine.  They're allowed to prioritize their offseason targets however they want.  Just don't allow yourselves to buy into these lines from Cash though, because they don't ring true when compared to the team's actions.  Granderson is the 4th-most important free agent outfielder on the Yankees' list at best, and they're only going to truly go after him if all their other options fall through and sign elsewhere.
Posted by Unknown at 9:38 AM