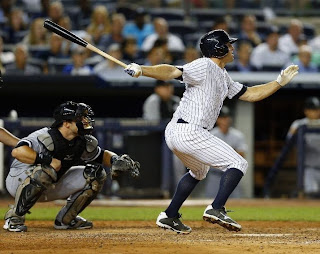 It's Yanks-Sawx time again, baby!  HYYYYOOOOOOOOOOOOOOOGE 4-game set this weekend with Boston and the first game, the only game I'm not attending, is tonight.  Ivan Nova and Jake Peavy are the starting pitchers.
Posted by Unknown at 5:20 AM