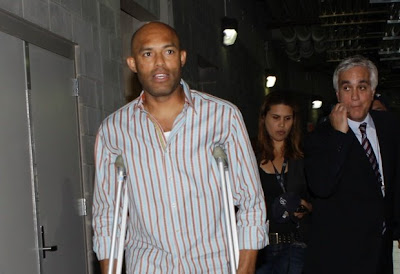 I'm sure there were some people who thought, "why the hell would they do that?" when they read or heard about the Yankees preparing to offer Mariano Rivera a new deal for 2013 that included a pay cut from the $15 million he made this season.  Bob Klapisch went so far as to say that Mo "may be insulted" by the first offer in the headline of his story on the situation.  This type of language immediately brings to mind the very tense and public back-and-forth between the Yankees and Derek Jeter a few years ago when they were negotiating his new deal, but I don't believe this negotiation with Mo will go down that same path.  At the end of the day, it's just smart business and a move that makes sense for both sides.

Mo, despite his past reputation as a tough negotiator and a guy for whom it was important to be the highest-paid player at his position, enters this season under an entirely different set of circumstances than in his previous negotiations and entirely different from Jeter's.  Were it not for his ACL injury, Mo would have very likely hung 'em up after this season, and the only reason he's coming back is so that he can go out on his own terms.  He's got nothing left to prove, to anybody, and no reason to try to hold out for more money or more years.  When he signs this new contract, whatever the final amount ends up being, he probably already knows that he's signing his last one and that takes a lot of the desire for bargaining out of the equation.

On the Yankees' side, offering a pay cut to a 43-year-old pitcher coming off of major surgery to his push knee is just sound logic.  Mo might very well still be a $15 million closer, but the injury is reason enough to not anticipate or expect that's still the case.  If this was any other reliever in the history of baseball, the Yankees would be doing the exact same thing, as would any team.  And even though there's going to be a pay cut, I don't think it's something that's going to be so low that it will insult Mo.  The Yankees aren't stupid; they know who Mo is and what he's done in his time in pinstripes and they aren't going to embarrass him by offering him $4 million and saying "take it or leave it."  I'd be willing to bet the offer is somewhere between $10-12 million.

The Yankees had a significant chunk of money come off the books this month, and there's nothing that says they have to go back out and spend all of it this offseason.  With the $189 million goal for 2014 in play, it makes financial sense to try to cut the payroll down a little where they can this season to create a smaller gap to be bridged to 189 after next season.  Asking a 43-year-old pitcher coming off an injury, even if that pitcher is the G.O.A.T., fits that plan, and I'm sure there are going to be performance incentives built into Mo's new deal that will push the total value up to $15 million.  Shit, it wouldn't surprise me if there were enough incentives in this new deal to potentially make it more than $15 mil, just as a way to sweeten the pot and be as fair as possible to Mo.

Both sides recognize what the situation is, both sides want to get a deal done so Mo can finish his career the right way, and both sides are smart enough to not let this thing get ugly like it did with Jeter.  Mo's going to sign, probably for a little less than he made in 2012, and this won't even become a minor story let alone a major one.  If you're already starting to get concerned about this, don't.  Focus your concern on areas that really need it, like right field.
Posted by Unknown at 8:30 AM