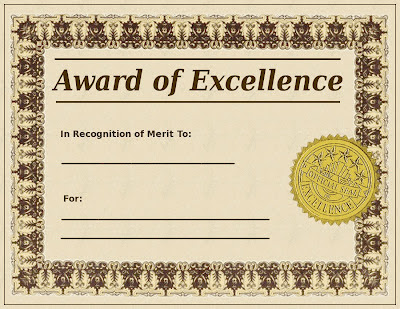 After a very blah August that saw them lose most of their division lead and set them up for a competitive and pressure-packed final regular season stretch run, the Yankees rebounded nicely in September to overcome the undesirable situation they had created for themselves.  They got healthier, with CC Sabathia, Alex Rodriguez, Andy Pettitte, and Mark Teixeira returning from injuries, and started to fix some of the problems that plagued them over the summer in what ended up being a 20-11 final month plus of the year and ended with another division championship.  After the jump, check out the AB4AR choices for best performers and moments of the last month.

Player of The Month- Robinson Cano

The best thing about Cano's strong final month was that it once again came during a time where the Yankees needed it most.  Guys were banged up, other lineup regulars weren't performing as well as they had in other months, and he had to be the constant force in the middle of the lineup to help the Yankees maintain their slim division lead.  He did just that and earned himself 3-time "Player of The Month" recognition from me in the process, an honor almost as great as the MVP award he won't get.

Pitcher of The Month- CC Sabathia

Been a while since we've had the big fella as the winner in this category, and truth be told he ended up winning this fewer times than I anticipated, but like Cano CC saved his best for last in the regular season.  He came back strong from his second DL stint and put up a very good 3.27/3.50/3.49 slash over a team-high 44.0 IP in 6 starts.  He gave up just 43 combined hits and walks in those 6 starts, and struck out 40 for an impressive 5/1 K/BB ratio.  It still wasn't quite lights out, but Sabathia's 1.0 fWAR for the month was tops on the pitching staff.

Sabathia's final 3 starts of the month, and the 4 ER he allowed in 24/0 IP is what ultimately tipped the scales in his favor, and the sharp, dominant way in which he did it is what makes for serious optimism heading into the ALDS this Sunday.  He's lined up to start Game 1, he's got plenty of rest, and he's pitching better than he has all year.  It was a tough 2012 season for CC, with the injuries and uneven performance, but he peaked at the right time and won some big games to help keep the Yankees out front.

Like a few other great Yankee moments this season, what made this play even greater was all the things that happened leading up to it. Ibanez had already been the hero once that night with his pinch hit 2-run HR in the bottom of the 9th to bring the Yankees back from the brink of defeat. It was an incredibly clutch moment, whether you like that word or not, in a situation that the Yankees have struggled in all season long. In the 12th, prior to Ibanez stepping in again it was the great at-bat generated by Francisco Cervelli, drawing a 2-out walk after going down 0-2 in the count, that kept the inning alive and got the ball rolling to Ibanez after that and the subsequent 4-pitch walk to Curtis Granderson.

The fact that the type of hit Ibanez generated in the at-bat, a slow chopper that just managed to find its way through the left side of the infield, almost makes the play that much sweeter. That type of BABIP luck on a ball not well struck has been a thorn in the Yankees’ side all year when they’re on the other side of it, so there was some poetic justice in them winning a game they needed on that type of play. The reaction from the players in the dugout and celebration harked back to the 2009 days of regular walk-off wins, and to have that same feeling back for just one night in the middle of a close pennant race set a great precedent for moving into the postseason.

If you watched game 162, and you’re a fool if you didn’t, you know that this decision is an easy one. Robinson Cano’s current hot streak reached a boiling point at the perfect time, and he almost single-handedly led the Yankees to a most satisfying division-clinching beatdown of the Fraud Sawx. 5 plate appearances, 5 times on base, 4 hits, 2 monster home runs, 6 RBI; Cano raised his season WAR 0.4 points in just that game, propelling himself back by the MSM MVP darling Miguel Cabrera in that department to finish 2nd in the AL in total WAR behind only Mike Trout. For a guy who had a horrible first month of the season and a tough September up until the last week, Robinson Cano put together arguably his best all-around year in 2012 and it was incredible to watch him complete that in the way he did on the final day of the regular season

And not only because the numbers themselves were staggering. Cano’s performance in game 162 was a perfect encapsulation of everything he is as a baseball talent. His swings were smooth and effortless, his demeanor and approach at the plate was equal parts rabid aggression (lots of 1st- and 2nd-pitch swinging) and ice-in-the-veins calmness (the wink at Big Sloppi, the mid-swing seed spit). Cano also got to showcase his stellar defense at second by making a handful of smooth plays on groundballs hit to him. When Robbie is on, he’s easily a top 5 player in all of baseball, and on this one day he showed every single one of his skills that makes him that great.

Speaking of clutch Raul Ibanez moments, here's another cut from his 2012 Greatest Hits collection.  Ibanez figured prominently into what ended up being one of, if not the most exciting win for the Yankees in 2012 and a game that ended up being the deciding factor between them or the A's getting the #1 seed in the American League playoffs.

This game had more back-and-forth drama than any other this season.  Oakland jumped out to a 2-0 lead in the top of the 1st, then the Yankees came right back and went up 4-2 in the bottom half.  Oakland scratched back to tie the game at 4 in the 5th, the Yankees regained the lead on an Ibanez homer in the 5th, and Oakland plated a run on a sac fly off of Boone Logan in the 7th to tie it back up at 5.  Then things got really interesting.

Neither team scored into extra innings, despite some big chances.  Oakland broke out with 4 runs in the top of the 13th against Freddy Garcia and that looked like it was going to be it.  But oh no, Ibanez would have none of it.  After the Yankees got back within 2 in the bottom half, Ibanez tied the game up with a 2-run homer (sounds familiar) to send it to the 14th.  After Cory Wade pitched a scoreless top half, the Yankees had the game won on an A-Rod single until Melky Mesa missed third base.  They ended up winning on a fielding error, the type of heart-breaking loss that you would expect them to be on the other side of.  It was a great game, a long game (5 hours, 43 minutes), and the type of game that planted the seeds for the Yanks' season-ending winning streak.  Just drama out the ass.
Posted by Unknown at 12:41 PM