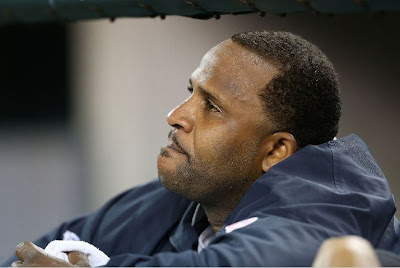 - The teams traded runs in the final 2 innings, but the Yankees got the better of that with 4 to the Tigers 1, the dagger being Robinson Cano's RBI single in the 9th, and Rafael Soriano closed out the victory.

- Joe: Taking CC out when he did was a head scratcher, even if he was going to his best fireman in the bullpen.  And letting D-Rob start the bottom of the 8th after the amount of work he had to do in the 7th was also strange.  Not sure what was going through Joe's mind in the strategy department last night.

Final game of this series is tonight, and even with the win last night I'm sure the Yankees are like B-Rabbit and dying to get out of Detroit.  They've got a chance for a split, which would be a small victory, and they've got summer ace Hiroki Kuroda on the mound against Doug Fister trying to get it done.
Posted by Unknown at 6:55 AM